April 1992 & with Britain in the depths of recession the decision to launch a new business could easily have been summed up by the title of the song that topped the charts that month – ‘Deeply Dippy’ by Right Said Fred!

But 25 years later the company is still going strong as it continues to provide the quality products & exemplary customer service which have made its name.

Barwell Windows was the brainchild of time-served carpenters John ‘Seph’ Sephton & John ‘Novvy’ Novak, who for eight years prior to the launch had worked together on major window contracts for the likes of Leicester City Council & the old Hinckley Urban District Council in association with international construction companies including John Laing & Tarmac, and wanted to offer the same levels of service and craftsmanship to the general public.

In an industry blighted by horror stories of high-pressure selling & cowboy fitters – Barwell Windows was an immediate hit with customers who appreciated dealing locally with experienced people they knew & could trust.

Novvy retired to Wales in 2000 – but Barwell Windows has continued to go from strength to strength.

Seph’s wife Karina began to play a more central administrative role upon Novvy’s departure & their son Jordan joined the business on leaving school in 2013. Jordan is now NVQ qualified in window manufacturing & installation and together with Paul Spratt – our fitter of four years with more than 20 years’ experience – MTC compliant.

As we celebrate 25 years, the move to our new showroom at 3 Shilton Road, Barwell opens an exciting new chapter to the Barwell Windows’ story. Come in for a chat & refreshments to discuss how Barwell Windows can be of service to you.

We look forward to welcoming you. 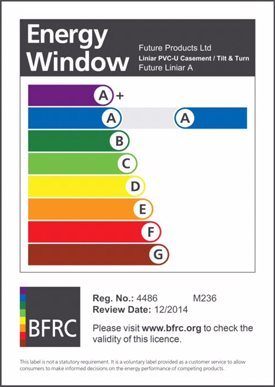 Please Contact Us to learn more or to arrange an appointment.